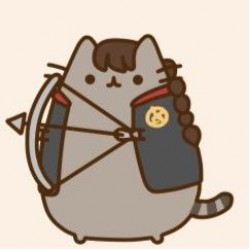 I'm a social geography student from Paris, and a contributor for a new blog dedicated to pop culture & intersectional feminism called Critical Writ. I'm particularly interested in lesbian fiction of every genre.

I have a preference for romance & Fantasy/sci-fi, and will pay a lot of attention to gender roles, healthy/unhealthy relationships and consent in stories I read. 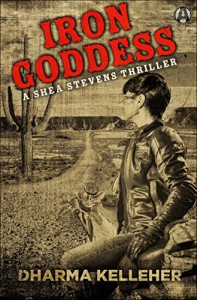 Wow, what a ride from start to finish. Now, I’ll be honest : this is simply not the kind of book I like, or even stand reading. But I soldiered on. Shea Stevens is an ex-con mechanic who makes women's bikes for a living. She’s good at it, so that’s why the Pink Trinkets band contracted her to make three custom bikes for her. But someone stole the bikes and shot her employee half-dead, and Shea is determined to get the goods back herself. She embarks on a violent trip that’ll put her right in the middle of an all-out war between a Mexican gang and her father’s white supremacist motorcycle gang, something she could really have done without because she cut ties with her family seventeen years ago when her father murdered her mother.

There's not much I can say about this book— it’s certainly a well written debut novel, the action is easy to read, which I was very thankful for because it constitutes more than half of the book. We have a well-rounded cast of characters, but this isn’t a character-driven novel : action and violence lead the show. Which I guess explains why some of the more innocent characters go through near literal hell and still remain cheerful and PTSD-free. To me, this book felt like watching all the Robert Rodriguez’ Machete movies back to back, three times in a row, with all the humor and chill scenes edited out. It’s like fruits dipped in chocolate fondue : a few bites and you’re in heaven, but keep eating and you’ll be begging for mercy in no time. Dharma Kelleher shows that she’s really good with action writing, but I guess non-stop violence and nothing else isn’t for me.

Oh, and who the hell pulls out the transmisogynistic t-slur (in the sense of car transmission, which I’m fairly certain nobody knows except car mechanics) and then does decent trans man representation? Is this a very misguided attempt at reclaiming it or a deliberate insult?
Tweet